On Posted on September 20, 2022 by Susan Nicholson to News

From an article by Hope Williams for the Georgia Tech Technique. 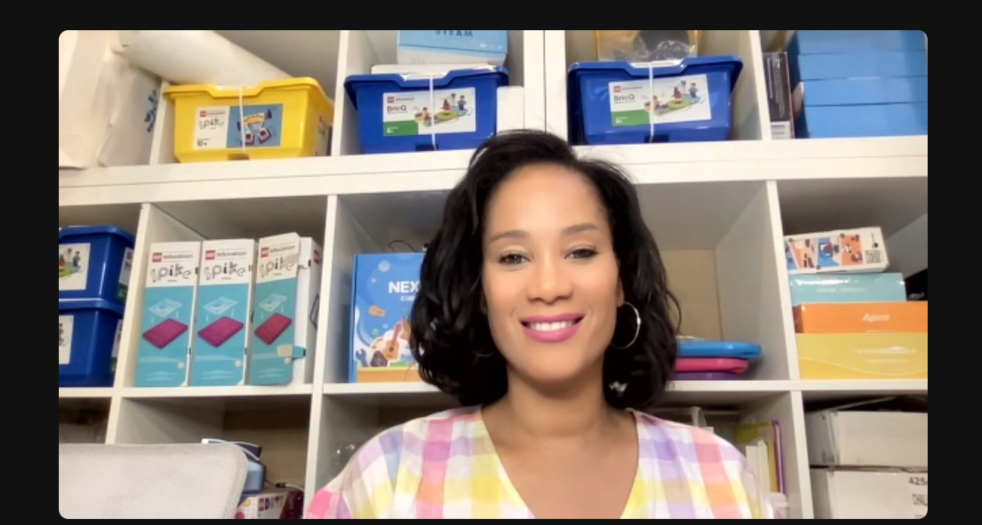 Tech alumna Niesha Butler is the founder of S.T.E.A.M Champs education center in New York City. Butler has had numerous careers, from being a software engineer to a professional basketball player. // Photo by Hope Williams Student Publications

Georgia Tech alumni are always finding ways to support the Institute’s mission of “Creating the Next.”

Niesha Butler, INTA ‘16, is a former Tech and professional basketball player and software engineer. Butler opened S.T.E.A.M. Champs on July 16. Located in New York City, S.T.E.A.M. Champs is an education center with the goals of exposing children to STEM at an early age. From robotics to coding to engineering principles, the center offers hands-on classes for children to learn more about technology.

Butler’s own experiences as a Tech student, and being an athlete, have all helped shape the mission of S.T.E.A.M. Champs.

“I’ve had various careers. I was a professional basketball player, a software engineer, an actor, a sideline reporter and producer,” Butler said.

“And all of that has brought me to the point that I have a passion for teaching kids and educating our young people and getting them more interested in tech.”

“[In] New York City where I grew up, there is a real poverty problem, like a cyclical generational poverty problem, and I personally believe, even though I am a former professional athlete, I think technology is the way out,” Butler said.

The initial idea to found S.T.E.A.M. Champs came during COVID — Butler had previously mentored under engineer and entrepreneur Lonnie Johnson, and had taught computer science at schools in underserved areas. Her experiences from that were part of the inspiration to continue working in the education field.

“I recognize sometimes women and people of color don’t have that representation … a lot. And I felt like I just saw the girls come alive,” Butler said.

Butler’s father helped to continue her inspiration and connect her to children in New York City.

Butler loved the experience, and despite challenges such as finding a curriculum that engaged the children and how expensive the kits were, she decided to open S.T.E.A.M. Champs — a historic accomplishment for representation in the STEM field.

As Butler has worked with more children at the center, part of her education approach is similar to how her two favorite Tech professors in the Sam Nunn School of International Affairs, Kirk Bowman and Michael Salomone, taught their classes.

“They understood everything I was going through,” Butler said. “I really wanted to learn. They figured it out and they worked with me and I felt seen and most importantly, I felt supported.”

That is one of Butler’s goals at S.T.E.A.M. Champs — to make the children feel seen.

For Butler, one of the most rewarding aspects is to see children who were, at the start of the program, intimidated and a little unsure about themselves, become inspired to be an engineer, architect or scientist when they grow up. Butler describes it as giving her students a “blueprint for success” and something that can help both her students, and the world around them.

In contrast to education focused solely on STEM, S.T.E.A.M. Champs includes an artistic component, hence the “A” in the name.

They do this mainly using EarSketch, a Tech web-based application where users can create beats and music using computer science.

“I try to make it cool so they understand how being a rap artist or an athlete or an actor or whatever has technical components,” Butler said. “… I try to expose them to different things that they use every day and make it technical.”

Activities like drawing cartoons, playing chess and making art help the kids learn how to focus and improve attention span.

Looking to the future, Butler is looking at franchising the model to bring it to both inner city and suburban areas.

“We’re doing the franchising model. I want to empower people to create and affect change in their community wherever they are,” Butler said. “So [we’re] creating an affordable, branded, quality STEAM product to be spread.”

Butler has advice, and words of support, for Tech students, especially those who are student-athletes.

“I think the going thought of athletes is that we get everything easy … No, it’s really tough to be an 18/19 year-old kid juggling traveling, not going to class and not absorbing, your body hurts, your knee hurts, you have surgery, you have to play, dealing with being a kid and then trying to deal with a Tech schedule,” Butler said. “I wish people knew that — it’s hard. We’re earning our spot and then some as a Tech athlete.”

Butler encourages student-athletes to take advantage of resources outside of the Athletic Association, including CREATE-X, which she herself participated in.

For all Tech students, athlete or not, Butler remembers seeing her peers in classes applying pressure on themselves.

“Georgia Tech students are high-performing students, obviously, but … I wish the kids knew more of a balance and understanding and appreciating the process,” Butler said. “So it’s how do you learn to not be so stressed out in a very stressful situation and how do you learn how to see clearly in a chaotic situation and work on those skills?”

“Sports does a lot of good things for a person, but I do believe that tech is — no pun intended — is the best way [for] your future,” Butler said.

To learn more about the various programs and opportunities offered at S.T.E.A.M. Champs, visit the website at steamchamps.com.