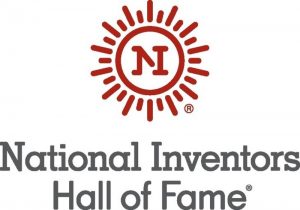 JTEC Energy is proud to announce that our founder, Dr. Lonnie Johnson, is being inducted this week into the National Inventors Hall of Fame:

NORTH CANTON, OH — Five innovation pioneers whose inventions range from cataract surgery to the modern automobile will be honored as part of the latest class of National Inventors Hall of Fame (NIHF) Inductees.

In partnership with the United States Patent and Trademark Office (USPTO), NIHF will honor these Inductees on May 5, 2022, at one of the innovation industry’s most highly anticipated events — “The Greatest Celebration of American Innovation.

“As a nation, we innovate and we grow. Advancing innovation and entrepreneurship is critical to the future of our country, and the National Inventors Hall of Fame Inductees inspire a culture of invention,” said Secretary of Commerce Gina M. Raimondo. “The Department of Commerce congratulates, and celebrates, NIHF’s 2022 class of Inductees.”

For biographies of each Inductee, visit here.

The 27 Inductees in the class of 2022 will be honored at “The Greatest Celebration of American Innovation,” held in our nation’s capital. Danica McKellar — star of the TV show “The Wonder Years,” Hallmark Channel regular, and author of New York Times bestselling “McKellar Math” books — will serve as master of ceremonies.

“The National Inventors Hall of Fame Induction Ceremony truly is ‘The Greatest Celebration of American Innovation’ — focusing on the brilliance of inventors, the excitement of invention and the incredible benefits they bring to society,” said Andrew Hirshfeld, Commissioner for Patents and performing the functions and duties of the under secretary of Commerce for Intellectual Property and director of the USPTO. “The USPTO is proud to honor these innovators whose inventions have fundamentally changed our lives.”

“Innovation drives the worldwide economy forward and improves our quality of life. This is especially apparent given what we have experienced over the past 18 months. It’s why at the National Inventors Hall of Fame we are privileged to honor our country’s most significant inventors, who are giving the next generation the inspiration to innovate, create, and solve current and future problems,” said NIHF CEO Michael Oister.

Sponsors of the National Inventors Hall of Fame Induction Ceremony include the USPTO, Qualcomm, PhRMA and Walgreens Boots Alliance.